Discovery of the most ancient record of a man’s birthday: SPbU 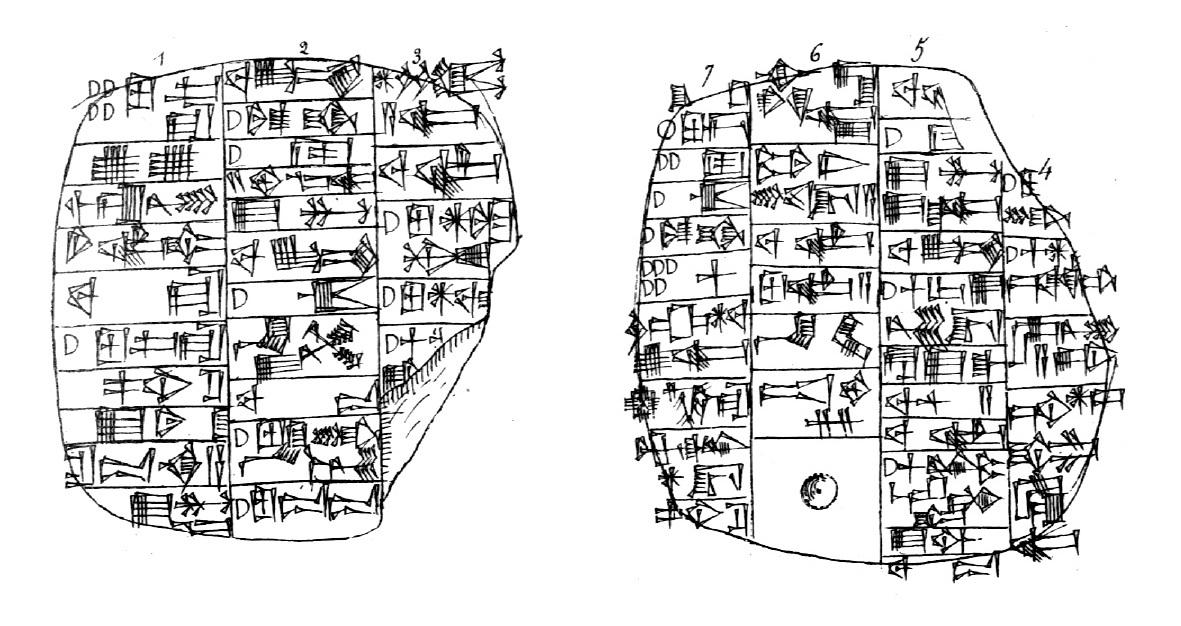 SPbU’s Prof Vladimir Emelianov has discovered the most ancient record of a man’s birthday in history on a cuneiform tablet from the temple of the Sumerian goddess Bau in the Louvre Museum. The cuneiform text dates back to the second half of the 24th century BC, the 4th year of Sumerian ruler Lugalanda. As ancient as 4.5 thousand years recording says a day and a month of the birth and describes how the birthday ritual was performed.

The discovery was made by SPbU’s scholar when he was undertaking enquiries into how time had been perceived in Ancient Mesopotamia. Although the cuneiform scripts have been known to the scholars studying the Sumerian civilization for a long time, they have never been translated or regarded as a source of information to study chronopsychology. Vladimir Emelianov translated the tablet from the Old Sumerian, and it says what sacrifices and dishes (sheep, lambs, goats, etc.) had been made for the Sumerian Lugalanda daughter’s birthday. The text says that the Lugalanda’s daughter had been born in the “day of the sunlight weakening”, in the month celebrating Bau, and it corresponds to October-November in the Julian calendar.

— Presumably, the baby was born when the constellation Scorpion was ascending, which in the III millennium meant the autumn equinox, — said Vladimir Emelianov. — This period was linked with the world of the dead as the Earth was about to plunge into total darkness. The text says about sacrifices to the dead kings Enentarzi and Dudu and a place where sacrifices were made, that is a place of worship to Gilgamesh, a ruler of the dead.

The tablet tells about a celebration of the king’s daughter, with both the quick and the dead.

Only five tablets of the reign of the Lugalanda have survived to our days, which tell about birthdays. Two tablets mentioning sacrifices and dishes for the king daughter’s birthday are kept in the Hermitage: one of them lacks a date, and the other tells about the same month of celebrating Bau. Of the most interest is a tablet that is kept in the Louvre Museum that tells about a birth of the son from a wife of the king’s felt maker, who may have been a king’s sister. For that occasion a whole sheep was sacrificed in the king’s kitchen. The texts says a month when the boy was born: “the month celebrating Lugal-Uru(ba)”, that is a winter tenth month in the calendar of the Lugalanda’s epoch and also meant the cult of the dead. Another tablet also dates back to the fourth year of the reign of the Sumerian king and is kept in Brussels; it tells that a woman gave a birth to a son, still it lacks details.

— Supposedly, the tablets with the birth date were made only during the reign of Lugalanda, — said Prof Emelianov — The birthday sacrifices were made both for the quick and the dead, and they celebrated birthdays of children of both the king and king relatives’. It is a unique phenomenon, said the scholar. Until the 5th century BC, none of the king’s recordings in the Middle East or Antiquity feature any date of birth.

What is more surprising and lacks its explanation is two recordings in the Sumerian-Akkadian texts dating back to the II-I millenniums BC of the dates of birth of the Sumerian demon Asag (Akkadian Asakku): the 21th day of the winter month Kislimu which meant an appearance on the Earth of the god of darkness and death Nergal. Still, no data on human birthdays. Thus, the tablets of the reign of Lugalanda are an exception to the general rule to ignore the human birthdays.

In the history of the Ancient East the reign of Lugalanda was a time which had seen a dramatic rise in abuses and wrongdoings from the rich, social inequality and private property, which fostered egocentrism in society. It can explain an interest in man’s birthdays, said the scholar.