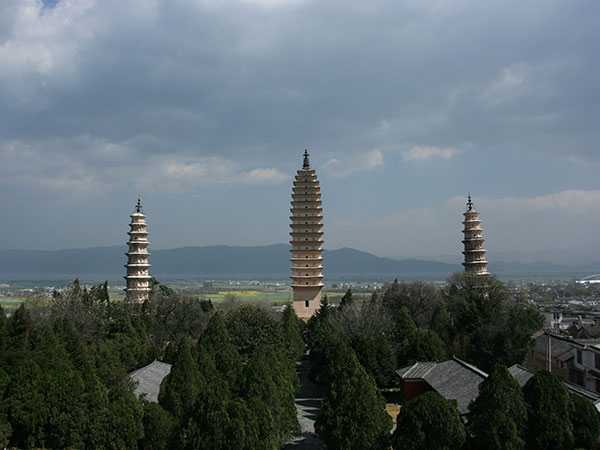 The Head of the Department: Kolotov Vladimir N.

The Department offers training in the following areas of specialization: History of China, History of India, History of Korea, History of Vietnam, History of Vietnam and China, History of Malaysia and Indonesia. In addition to compulsory disciplines specified by the curriculum of history departments, students can choose from the following special courses and seminars: General and Specific in the Historical Development of Ancient and Medieval China, Secret Societies in China in the Modern Period, Traditions and Innovations in Chinese Folk Utopia in the Modern Period, Characteristics of Development of Major Regions in the PRC, Issue of Cultural Heritage in Contemporary China, Ancient Chinese Mythology, Everyday Life in Korea in the 16th-19th Centuries, North Korean Political History, History of the Delhi Sultanate, Muslim Movements in Indian Social Thought in the Second Half of the 19th Century, History of Manchuria in the 12th-19th Centuries, System for Conflict Management in South Vietnam in the Middle of the 20th Century.

The Department of History of the Far East Countries was established in 1949. Orientalist historians G. V. Efimov, L. A. Berezny, E. Ya. Lyusternik, D. I. Goldberg, N. V. Kuehner, and L. V. Zenina restored the tradition of teaching the history of the Far East countries that had been laid down in the nineteenth century by V. P. Vasilyev and S. M. Georgievsky.

In the 1950s-60s, the Department focused on the study of national liberation movements and international relations in the Far East (G. V. Efimov), contemporary history and historiography of Chinese history (L. A. Berezny), ancient and medieval Chinese history (G. Ya. Smolin), traditional Chinese historiography (B. G. Doronin), the history of secret Chinese societies and sects (B. M. Novikov), modern and contemporary Japanese history (D. I. Goldberg, L. V. Zenina), the issue of colonialism and national liberation movement in India (Yu. V. Petchenko), Russian-Indian relations (E. Ya. Lyusternik). New divisions were opened in the 1960s, including History of Thailand and Burma (B. N. Melnichenko), History of Indonesia (P. М. Movchanyuk) and History of the Philippines (B. G. Doronin). In the 1970s-80s, the research interests of the faculty turned to Chinese social thought (V. F. Gusarov, N. A. Samoilov), and religious and political history of Vietnam (V. N. Kolotov).

More in this category: « Department for Theory and Methods of Training in Languages and Cultures of Asia and Africa Department of Theory of Social Development of Asian and African Countries »
back to top