Department of History of the Middle East Countries 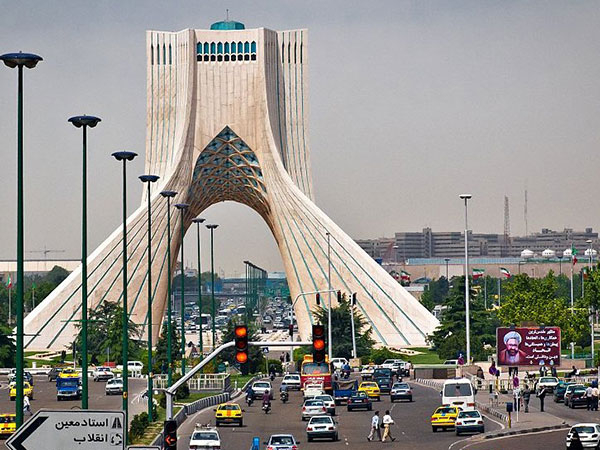 The Head of the Department: Diakov Nikolay N.

After the Faculty of Oriental Languages was established in 1855, it opened the Department of Oriental History (1863) chaired by V. V. Grigoryev (until 1878) and then N. I. Veselovsky (until 1896). The Department then had three sections: History of Semitic Peoples, History of Aryan People, and History of the Peoples of North-East Asia.

Between 1896 and 1930, among the university professors was Academician V. V. Bartold (1869-1930), an outstanding scholar of the Middle Eastern and Central Asian history and culture. His works effectively laid the foundations for the study of social and political history of the region in the Middle Ages.

In the post-war period, among the faculty were such notable scholars as N. V. Pigulevskaya (1894-1970), corresponding member of the USSR Academy of Sciences, author of fundamental works on the history of Bysantium, Iran and Central Asia; M. S. Ivanov; A. M. Belenitsky and V. A. Krachkovskaya; M. V. Churakov, historian of Arab countries, as well as I. P. Petrushevsky (1898-1977), an authority on the history of medieval Iran and the Caliphate, who twice headed the Department (in 1950-1954 and 1961-1977).

Prof. A. D. Novichev – a leading expert on Turkish history – worked at the Department between 1948 and 1982; Prof. L. V. Stroeva, who specialized in the history of Iran and Central Asia, taught there between 1944 and 1989; Prof. A. L. Gryunberg-Zvetinovich, a remarkable teacher of the cultures, languages, and history of the peoples of Afghanistan, was member of staff between 1976 and 1996; Assoc. Prof. A. M. Goldobin, a celebrated specialist in modern and contemporary history of Arab East, taught there between 1953 and 1970.

From 1955 to 1960, the Department was led by Academician I. A. Orbeli (1887-1961), a distinguished Orientalist, specialist in the art of material culture of the peoples of South Caucasus, Iran, and Central Asia, who, for several years, also headed the Faculty of Oriental Languages of Leningrad University, ad well as the Leningrad branch of the Institute of Oriental Studies within the Academy of Sciences.

In 1950, the Department was joined by Prof. A. D. Zheltyakov (1925-1989) – an author of numerous major works on the history of Turkish social thought in the modern and contemporary period. He was head of the Department between 1977 and 1989.

Many of the Department’s graduates went on to become eminent specialists in the history of the Middle East, who worked in the academic institutions of Leningrad/Petersburg as well as other cities: S. M. Batsieva, L. E. Kubbel, V. V. Matveev, O. G. Bolshakov, Yu. A. Petrosyan, and numerous others.

As part of research and teaching development, faculty have designed new courses in the history of Arab countries of North Africa (N. N. Dyakov – Maghreb countries, I. V. Gerasimov – Egypt and Sudan), ethnography of South Arabia (M. A. Rodionov), contemporary history of Turkey and the history of Russian-Turkish relations (K. A. Zhukov, A. V. Zheveleva), history of culture of Iran and Afghanistan (I. V. Bazilenko, S. E. Grigoryev, G. S. Kharatishvili).

In recent years, the faculty have written and published dozens of single-author monographs and textbooks, including (in Russian):

as well as collective monographs and collections of papers (in Russian):

In 2001-2012, three DrSc dissertations and over 10 PhD theses were defended at the Department, including those submitted by external candidates and students from Israel, Indonesia, and Turkey.

In recent years, members of the faculty have given talks at All-Russian and international conferences and seminars on the history and culture of the Middle East in St. Petersburg and Moscow, Kazan and Ufa, Baku and Dushanbe, in Alexandria, Kuwait, Manama (Bahrein), Rabat, Riyadh, Istanbul, Teheran, Athens, Nicosia, Basel, Berlin, Hamburg, Leipzig, London, Naples, Paris, and Edinburgh.