Yet another step forward to Russia-China university: SPbU Rector

Harbin, St Petersburg University has opened its representative office that is located at the Harbin Institute of Technology (HIT), a China’s leading university and a long-standing SPbU’s partner.  It is a step toward opening a joint Russia-China university, said the Governor of Heilongjiang Province Lù Hào and SPbU Rector Nikolay Kropachev.

At the eve of the Chinese Happy New year, Heilongjiang Province and St Petersburg University signed an agreement on collaboration at the ceremony of opening the SPbU representative office at the HIT, Russia-China legal centre, and SPbU Alumni Association in Harbin.

“SPbU representative office in Harbin is a logical result stemming from our agreement on collaboration in education and research between our University, Heilongjiang Province, and HIT. Yet we have a long way to go towards cementing our ties and opening a joint Russia-China university”, — said Nikolay Kropachev.

HIT was founded in 1920 as a Russia-China school of industry in Harbin to educate and prepare in railway engineering. Today HIT offers a range of programmes in natural sciences, engineering, management, humanities, and law. SPbU and HIT have been implementing a number of joint research projects, including those in plasma physics, ecology and environment conservation, and preservation of cultural heritage of the Chinese Eastern Railway. The universities also offer programmes on academic mobility.

The delegation from SPbU visited the place where the new representative office is located, and got to know a design of the SPbU-HIT University. The parties agreed to promptly solve arising administration, economic, or legal problems and therefore announce admission in the nearest future, said the Rector.

The overarching priority is joint educational programmes, joint research projects and events: conferences, round tables, teleconferences, and others. To that end, the representative offices is committed to promote the Russian language and literature in China.

The University is successful in collaborating with China and it has opened  number of educational programmes with a specific focus on China: about 40 programmes with a focus on law, economics, sociology, and tourism to name but a few, said Nikolay Kropachev. Some of the programs are popular both among Russian and Chinese students: total body of students is over 1,300.

The delegation from SPbU also visited the University of Heilongjiang to open a joint centre that is approved to hold the Test of Russian as a Foreign Language and present The Anthology of Contemporary Russian Literature. 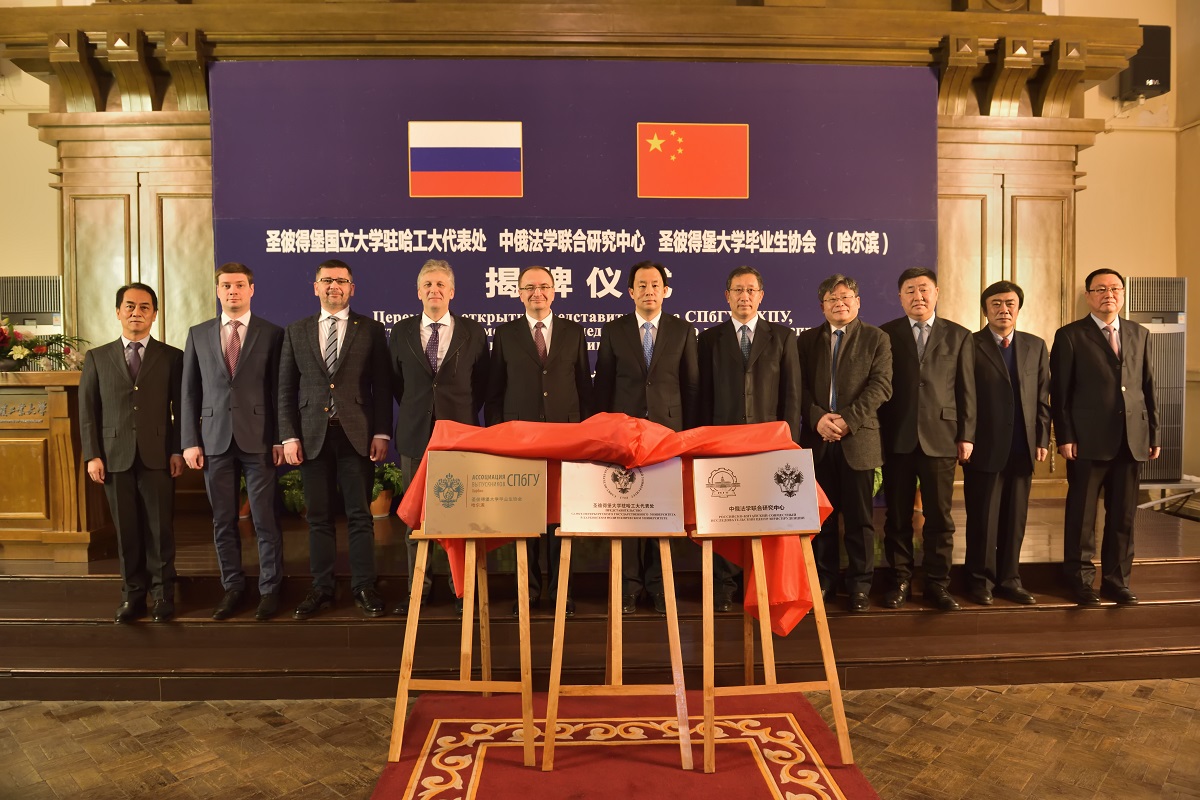