Department of Japanology
The Head of the Department 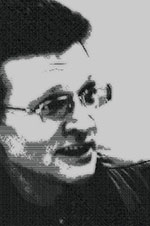 Subjects and courses for students:

Course objective purpose: the lecture-course on Japanese History is basic subject for the students in the department of Japanese Studies; suggested to learn the methodic of Historical Analyses, training proper abilities to clarify the logic of historical evolution; thus giving the cognitive background for following courses on culture, literature, language trends etc.
Mission tasks: mastering in understanding of the Japanese History main stages; learning the main historical concepts; providing the firm basement for further scientific research, including other subjects.

Course objective purpose: Specially proposed course on Traditional Law and Japanese Legal History is lecture-course on history of political, administrative and legal institutions for the students, specialized in Japanese History; it is supposed to be an additional subject to refine the students’ knowledge on Japanese culture and history through the studies of the Japanese legal system evolution.
Mission tasks: mastering in the main stages of progress in the sphere of traditional social and political institutions, due to the influence of economical development as well.

Course objective purpose: Introductory Course to Japanese Studies is the basic course for the beginners in Japanology. It is suggested to provide for the students the comprehensive approach at the very start of their research activity in Japanese studies. The outline of Japanese studies in Russia and St-Petersburg in its advance supposed to include the stages of evolution in Oriental studies abroad too. The course is provided to be the cornerstone for further proper perception of all the range of subjects, associated with Japanese cultural background.