Department of History of the Ancient East Countries 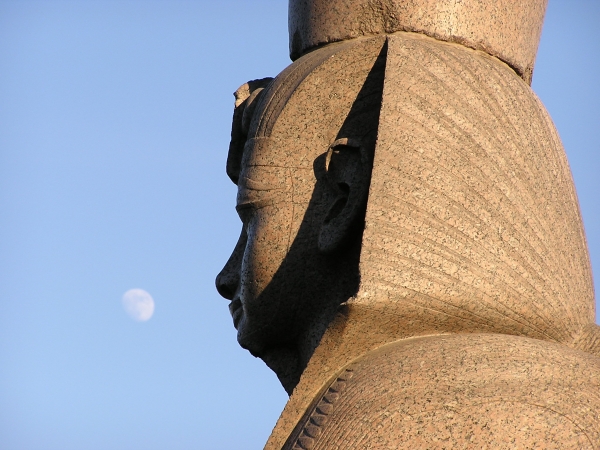 The Head of the Department: Piotrovsky Mikhail Borisovich

The Department of Ancient East of the FAAS is the only one in Russia and the former USSR nations to offer regular training in the two principal areas of Ancient Oriental studies – Assyriology and Egyptology – that can be pursued in the bachelor’s degree (4 years) and master’s degree (2 years) university programmes. It is one of the few university departments in the world that encompasses the entire Ancient Near East and studies it as a single civilizational space.

In 2004, through the joint efforts of both divisions within the Department, a new division – Languages and Culture of Ancient Near East – was opened, providing training for teachers of the languages, cultures, and history of Mesopotamia, Ancient Egypt, and Eastern Mediterranean.

For over a century now, Ancient Eastern disciplines at St. Petersburg (Leningrad) State University have been taught by its graduates, who maintain the traditions of teaching based on specially designed and published courses: History of Ancient East, Ancient Egyptian Grammar, Akkadian and Sumer Languages, Paleography of Ancient Texts and the Earliest Literature.

Among the University’s graduates was the first Russian Egyptologist V.S. Golenishchev (1856-1947), whose personal collection formed the basis of the Egyptian and Ancient Orient collections at the State Hermitage Museum in St. Petersburg and Pushkin Museum of Arts in Moscow. Academician B.A. Turaev (1868-1920), the first Russian expert in the history of Ancient East, laid down the foundation for the teaching of Egyptological disciplines at the University. In the 1920s-1930s, among the faculty and students of the Department were eminent specialists in Ancient Egypt: N. D. Flittner, M. E. Matye, Yu.Ya. Perepelkin, I. S. Katsnelson, as well as the scholars who went on to become renowned experts in other areas of history and philology: N. A. Meshchersky (Oriental Christianity, Slavic Bible), Academician D. A. Olderogge (African studies), and Academician B. B. Piotrovsky (ancient Eastern archaeology, Urartology).

Following the adoption of the 1884 Charter that embodied the ‘idea of a harmonious union of scientific and practical purposes’, the History of Ancient East becomes a compulsory university discipline. Two years later, an entry in the minutes the University Council states that the Faculty of Oriental Languages deems it necessary to create separate departments of Egyptology and Assyriology. In 1887, for the first time in Russia, the young Egyptologist O. E. Lemm, who had studied Egyptology and Assyriology in Leipzig and Berlin, started teaching the Ancient Egyptian and Coptic languages at the Faculty of Oriental Languages of St. Petersburg State University. In 1891, he also began teaching the Assyro-Babylonian language (modern name: Akkadian). The first course in the history of Ancient East was read at the Faculty of History and Philology, St. Petersburg State University. Almost all of Russia’s eminent Egyptologists and Assyriologists graduated from it.

The founder of the Russian school of Assyriology is P. K. Kokovtsev (1861-1942), a specialist in Semitic languages. Among his students were V. K. Shileiko, A. P. Riftin, and V. V. Struve. The first author of university courses in the Sumerian and Khet languages was Prof. V. K. Shileiko (1891-1930), the first professional scholar and translator of Sumerian-Akkadian literature.

In 1933, through the efforts of Prof. A. P. Riftin and Prof. N. V. Yushmanov, the first independent Department of Semitic (later Chamito-Semitic) languages was established, which later included a special Assyriology division. The first graduates were the distinguished scholar in ancient history and languages I. M. Dyakonov (1915-1999), DrHistSc, and Assoc. Prof. L. A. Lipin (1908-1970), a remarkable teacher of Akkadian and Sumer, the author of the first Russian anthology and grammar of Akkadian.

The separate Department of Ancient East was established in 1939. In the course of his research and teaching career, N. S. Petrovsky (1923-1981), one of the graduates, succeeded in shaping university Egyptology into a genuinely linguistic discipline. Starting from 1952, the department had two divisions – Assyriology and Egyptology. Between 1952 and 1965, it was headed by V.V. Struve (1889-1965), the founding father of the Russian school for the study of socioeconomic history of ancient civilizations. O. D. Berlev (1933-2000), a distinguished Egyptologist, studied at the Department in the 1950s. The Department was later headed by Prof. B.B. Piotrovsky (1908-1990), Director of the State Hermitage Museum. In 1998-2011, the head of the Department was Prof. Nelly V. Kozyreva, DrHistSc. In December 2011, she was replaced by Mikhail B. Piotrovsky, corresponding member of the RAS, Director of the State Hermitage Museum.

Read 19930 times
Published in Departments
More in this category: « Department of History of the Middle East Countries Department of Hebrew studies and Semotology »
back to top