The ceremony was opened by Elena Chernova, Acting Rector and Senior Vice-Rector of St Petersburg University. ‘It was at St Petersburg Imperial University that, for the first time in the Russian Empire, the Japanese language started to be taught 150 years ago. This time-honoured tradition has not lost its relevance. Not only we continue to teach the Japanese language and history, but also we were the first in Russia to open a Japanese study room. In the current academic year, the first in Russia cohort of bachelor’s students in the programme “Jurisprudence with an In-Depth Study of the Japanese Language and Legal System” are to graduate,’ said Elena Chernova.

The opening of the Japanese Garden is another step on the path of mutual understanding and dialogue between our countries.
Elena Chernova, Acting Rector and Senior Vice-Rector of St Petersburg University

Yasumasa Iijima, Consul General of Japan, spoke on behalf of the Japanese Consulate General in St Petersburg. ‘The work of St Petersburg University in the field of Japanese studies has a long history. Scholarly research has always been carried out at the highest level. An outstanding group of japanologists have been educated at the University. Let me express my gratitude for the unquenchable thirst of knowledge of Japan and Japanese culture, as well as the contribution to Russian-Japanese cooperation in the field of science,’ the Consul General emphasised. Mr Yasumasa Iijima also thanked the University leadership, JTI Russia and Sberbank for their active assistance in creating the Japanese Garden.

The event was held as part of the 18th festival ‘Japanese Autumn in St Petersburg’ organised by the Consulate General of Japan.

Sergey Makarov, Chairman of the Committee for the State Preservation of Historical and Cultural Monuments of St Petersburg, noted that the opening of the Japanese Garden is of significant academic interest. This is because it embodies an approach to garden design that differs from the European tradition common to many parks and gardens in St Petersburg.

Donata Koroletskaya, Corporate Sustainability Manager at JTI Russia, drew attention to the importance of the social component in the company’s activities. ‘We consistently support initiatives that help develop bilateral ties between Russia and Japan in the fields of art, culture and education. Long-term and trusting relationships with our partners are essential for the success of such initiatives. I want to thank the University for the active participation in our joint programmes. These programmes provide a platform for dialogue, open discussions, research and development of Russian-Japanese cooperation and offer unique opportunities for students and academics,’ stressed Donata Koroletskaya.

Natalia Diuppei is Advisor to the Senior Vice-Rector of St Petersburg University and supervisor of works on the revival of the St Petersburg University Botanical Garden. She shared that 30 years ago, a curtain of conifers was laid on the territory of the current Japanese corner. Today, three decades later, by the efforts of enthusiasts, engaged by Aleksandr Lutskii, updated horticultural displays appeared, co-authored by Tatiana Smirnova and Natalia Burmistrova. ‘The creation of the Japanese Garden on the grounds of St Petersburg University is a watershed event for all of us, because we hope that it will be a springboard for the revival of the University Botanical Garden,’ she added.

Artem Parshin is a graduate of the Edinburgh School of Architecture and Landscape Architecture at Edinburgh College of Art. He is the landscape architect of the Moscow State University Botanical Garden ‘Apothecary Garden’ and the author of the renovation concept of the St Petersburg University Botanical Garden. According to Mr Parshin, the opening of the Japanese Garden marks the beginning of the University Botanical Garden revival. The revitalisation plan includes creating conducive conditions in the garden so that the University students and staff may spend more time there – not only for educational purposes and research, but also to enjoy the garden at leisure time. ‘The garden as an open-space classroom is what we would like to achieve,’ commented Artem Parshin.

Professor Aleksandr Filippov, Head of the Department of Japanology at St Petersburg University, delivered a lecture on the historical relations between Japan and St Petersburg. The Russians’ first contact with the Japanese was a man named Denbei rescued after a shipwreck off the coast of the Kamchatka Peninsula in 1696. In 1702, Denbei was taken to Petersburg by the Russian traveller and explorer Vladimir Atlasov. Denbei was taught Russian. Then, in 1705, following a decree of Peter the Great, the first Japanese classes were opened at the School of Mathematics and Navigation, where Denbei became a teacher.

The study of the Japanese philology at St Petersburg became systematic in 1870. Japanese was then taught at the Chinese-Manchu-Mongolian Department. Classes were taught by Tachibana Kumezo, who took the Russian name Vladimir Yamatov, and members of the Japanese diplomatic mission in St Petersburg. A few years later, in 1898, the Department of Japanese Philology was created at the Faculty of Oriental Languages.

During the event, the St Petersburg University Choir performed a Japanese folk song ‘Sakura’. The guests of the ceremony were able to attend: a masterclass by a member of Ikebana International Ekaterina Kuleshova ‘Ikebana – the Japanese art of flower arrangement’; a masterclass on meditation ‘Physiology of zen’ by Rinad Minvaleev, Associate Professor in the Department of Physical Culture and Sport at St Petersburg University; and a presentation of the project ‘In Search of Lost Knowledge’ by Irina Arkhipova, the founder and director of the film studio of the historical movie ‘Pharaoh’. 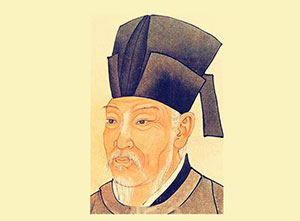