From SPbU with love to China, or Chinese Bridge

“One of the main aims of the competition is to improve teaching Chinese in St Petersburg and Russia. Russia-China relations in the humanitarian sphere are on the rise, so we need experts in both languages”, — said China’s Consul on Education and member of the Sun Lailin.

The competition tasks were a monologue in Chinese “Dreams Enlighten the Future”, a performance, and some tasks on the Chinese culture, history and language. The experts said that all the participants were highly talented: they demonstrated proficiency in Chinese, they are broad-mindedness, and have an inventive approach. SPbU’s students are exceptionally proficient in Chinese, said Mr Sun.

This year, the selection procedure had 16 competitors from SPbU, Higher School of Economics, Herzen University, SPbGEU, SPbGPU, and SPbGIK. “We got a lot of applications. It can be explained by an increasing interest in Chinese language and expanding competition”, — said Director of SPbU’s Confucius Institute Iulia Mylnikova. Next year, the competition is going to gain more popularity, as the University is opening educational programmes in Law, Economics, and Journalism with a focus on China, she said.

The first place in the selection procedure was awarded to SPbU student Polina Butsyk. “I was happy to be on such a big stage and sing about Tibet, as I just adore culture of this region”, — she said. She started to study Tibet when she was a first-year student, then she became a master student and now planning to pursue her education at the post-graduate level. 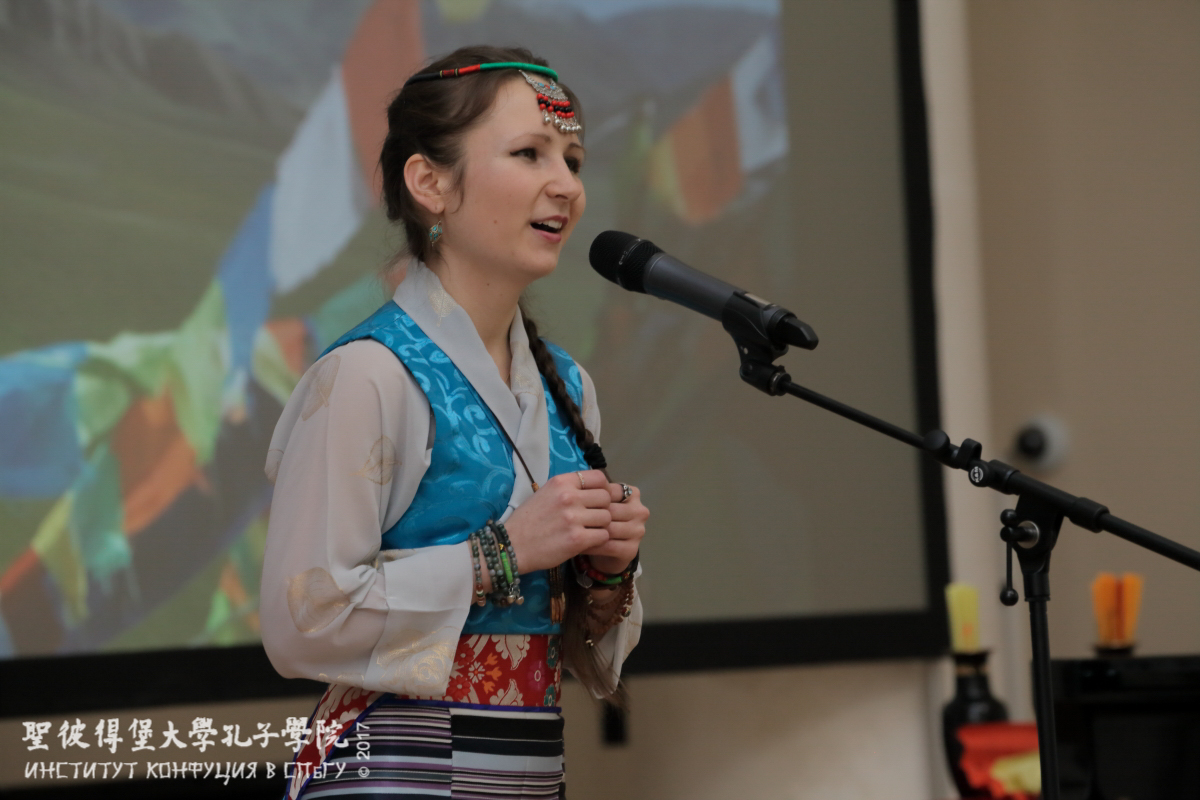 The prizes were awarded to Diana Maksudova, Herzen Uiniversity, and Arina Kopneva, Higher School of Economics. The Certificate for Best Performance was awarded to Arina Tokareva, SPbU, and the best public speaker was Anastasiia Avdeeva, Confucius Institute.