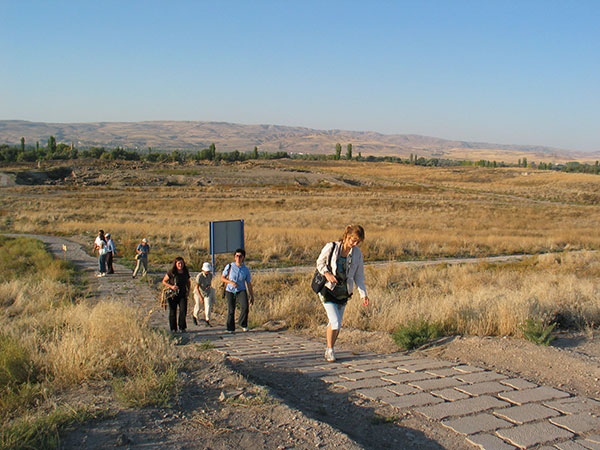 © Faculty of Asian and African Studies

The Head of the Department: Zheltov Alexander

Russian scholars first showed an interest in African languages as early as in the eighteenth century. In one of his works dedicated to kinship between languages, M. V. Lomonosov mentions the Hottentot language; and there is evidence that the scholar took an interest in the Ethiopian writing system. The renowned four-volume edition of the Comparative Dictionary of All Languages and Dialects Arranged in Alphabetical Order (St. Petersburg, 1790-1791) includes material from 33 African languages.

African languages started to be taught in the first third of the nineteenth century, when, at Kharkov University, B.A. Dorn introduced the course of an Ancient Egyptian language – Ge’ez. Subsequent development of Egyptian philology is connected with St. Petersburg University, where Academician Dorn was professor. World-class traditions of Ethiopic Studies were further developed by such distinguished scholars as university professors Academician B. A. Turaev (1868-1920) and Academician I.Y. Krachkovsky. It was with the study of the Ethiopian language that the renowned Hebrew and Semitic scholar P.K. Kokovtsev started his career.

Russian science takes pride in the achievements of Russian scholars in Egyptology and Coptology. An immense contribution to the world’s knowledge was made by V. S. Golenishchev; Professor of St. Petersburg University O. E. Lemm (1856-1918), corresponding member of the Academy of Sciences, who began teaching Egyptological disciplines and the Coptic language in 1887; his student B. A. Turaev, who in 1918 headed the first Department of Egyptology in Russia. The work of these and other scholars not only laid the groundwork for further research in the area of Egyptology and Ethiopian philology, but also allowed to proceed to the study of languages and cultures of Tropical and Southern Africa. Thus, Russian African studies – like European African studies in general – originated from classical Oriental studies.

Shortly after the October Revolution of 1917, politicians and ideologues focused on ‘colonial countries and people’, in which they saw a great potential for the ‘world revolution’. Various new schools and research institutes were founded in Moscow and Leningrad for the study of pressing political and socioeconomic problems of Africa and training specialists for Asian and African countries. As to academic science and higher education, along with politics, as required by the authorities, it was the time of intensive exploration of African cultural and historical heritage, the study of languages, history and cultures of Africa: the foundations of Russian African studies were being laid. The leading role in this was played by Leningrad University. It was there that African languages (Swahili, Hausa, Amharic) and other disciplines related to Africa were first introduced in the 1934-1935 academic year. The initiative belonged to A. P. Riftin (1900-1945), a famous Assyriologist and specialist in general linguistics; N. V. Yushmanov (1896-1946), a remarkable linguist, Arabist, and polyglot; and the Egyptologist D. A. Olderogge.

The first class of professional Africanists in our country graduated in 1939. In the 1944-1945 academic year, the Department of Egyptology and African studies was formed within the re-established Faculty of Oriental languages, headed by Prof. N. V. Yushmanov, corresponding member of the Academy of Sciences.